How are things going for every one? I feel like I'm progressing very slowly right now. I am particularly worried about the reception venue. I found several likely candidates, but the reality is that we are so behind in paying back bills and things since I was unemployed this summer that we aren't able to save for the reception fees now and by the time we are it will be too late--the places will be booked, or we just wont have enough time left to save enough money up.

Other progress: asked all my brides maids, they were all thrilled and said yes.

Found a whole bunch of glasses for sale at a garage sale. Wes bought them and suggested we collect more over the year from my work (Goodwill) so that we can have glass instead of fancy plastic like I planned. This raises a few problems though. Where do I put 150+ glasses over the months? Having to buy 150+ glasses.... Who will gather and clean/store those after the reception?

Established that we will keep the guest costumes classy by specifying that the costumes will be of guests inner selves "attending a wedding." Mom might still show up in biker leathers--but I think they will be clean at least that way. She might even add a fancy hat.

Decided to infuse some game/geek themes. That IS something Ive been gathering at work. We get a lot of board games. we are going to leave them on the tables for guests as favors AND ice breakers.

Hmm...I guess I have gotten quite a bit done. Time to go to work on those Save the DAtes...

I have started planning my 2014 Halloween wedding. I figure start early and buy things little by little so we get what we want without going broke. Under the cut are a few things I've found so far that I just love. My fiancee and I will both be wearing wedding dresses, which is one of the best parts about marrying another woman. We get to pick 2 dresses! :-D

So my wedding is on Saturday, and I'm finishing off the last of my crafts. I'm most proud of this:

I'm also almost done with my centerpieces - what do you think?

Posted via LiveJournal app for iPhone.

Posted with permission of

I'm trying to set up a UK based digital textile printing company (I'd also be able to have fabrics delivered to people within the EU) similar to companies like Spoonflower and Fabric on Demand.
I'm currently in the process of applying for business loans and start up grants, but I need some market research to say weather or not people would be interested in a service like that on this side of the world (one of my main reasons for wanting to set this up in the first place is to minimise the postage and possible customs fees people in the EU currently have to pay to order custom fabrics), I figured this may be of some interest to some of the members of this comm who may want things such as custom printed fabric for wedding attire, or even things like quirky Halloween themed table coverings etc (the possibilities are pretty much endless)

Smart guest list building features allow you to easily input the guest information and organize the wedding guests in groups.

New wedding dresses available. Design by us KMKDesigns handmade by us in the US.www.kmkdesigns,org
Enjoy the pictures if you already have a dress, feel free to comment here if you are interested or have any questions or e-mail me at info@kmkdesigns.org

Hey all! As an October groom myself from a couple years back, I thought I'd share this with the community. It's called Love Eternal. I hope you enjoy! 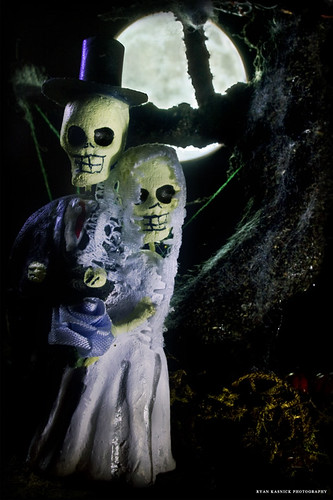 Hey guys i hope everyone is well.

last night me and my boyfriend (eventually husband, i've given up with the f word) were chatting away about first dance songs. We're both metal heads, love our punk, ska and indie and dont want a sterotypical pop love song, we were chatting away before the convosation got silly and he was suggesting heavy metal and moshing. we got as far as death cab for cutie- follow you into the dark and head automatica- beating hearts baby

Which got me wondering what everyone else choose?

New wedding dress available.
pictures by a fantastic local photographer Karrah Kobus
If you live in Minnesota I highly reccomend you hire her for some wedding photos.
Model is the Lovely Rin Schwartz

Please e-mail me or comment below with any questions if you are interested otherwise please enjoy the awesome pictures:)
info@kmkdesigns.org

Follow the link to see the listing on our etsy
www.etsy.com/listing/64902007/light-blue-and-gold-jacquard-victorian

A quick snapshot of me and my beloved at our Vintage themed Hallowedding.

We got married in upstate NY and it was COLD!
Collapse